“All feelings of emotion are complex musical variations on primordial feelings” - Bessel van der Kolk, The Body Keeps the Score 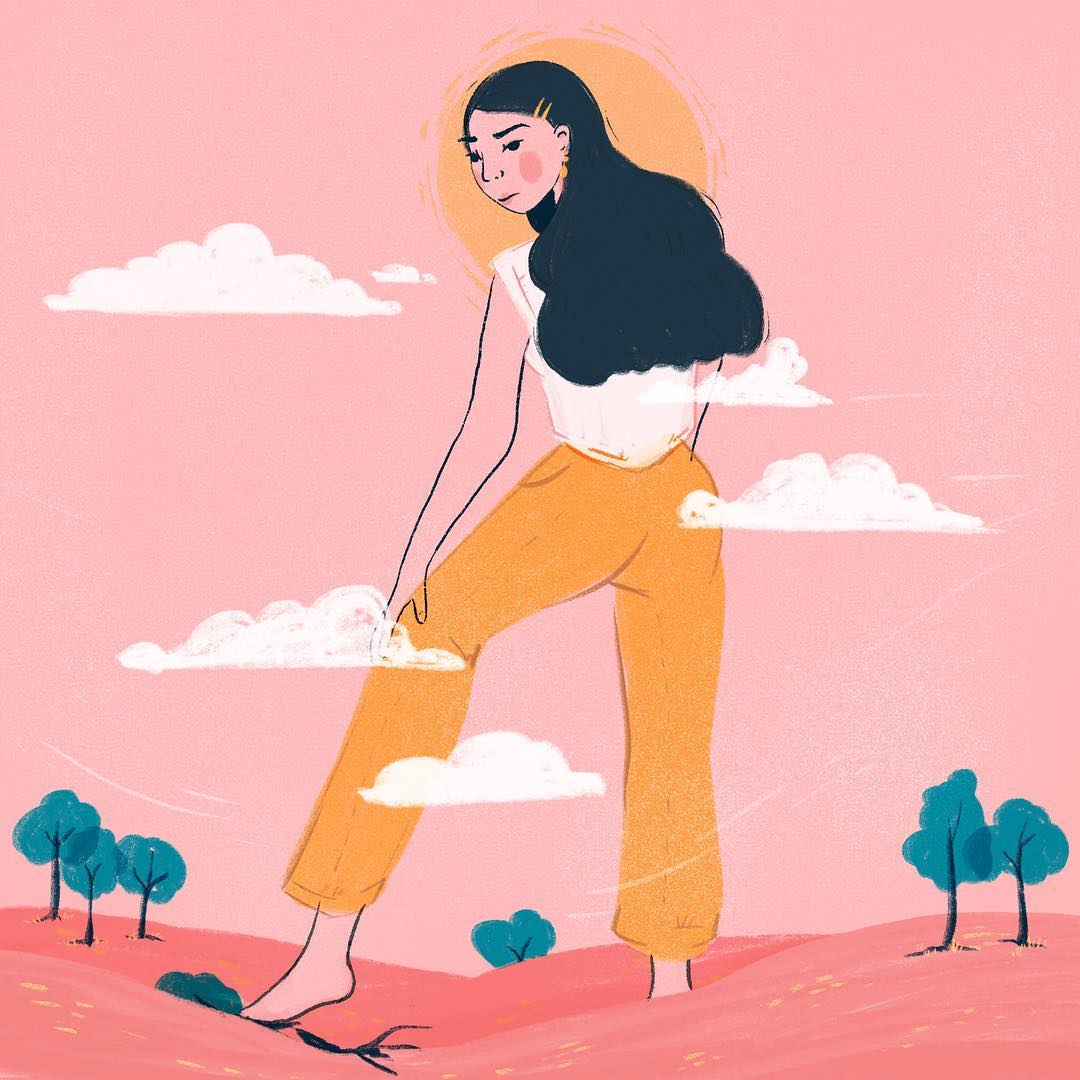 When I drew this illustration, I was feeling powerless. I wanted to create a picture of a woman who was the embodiment of fierce as a reminder to myself that only you have the power to control your own perception. 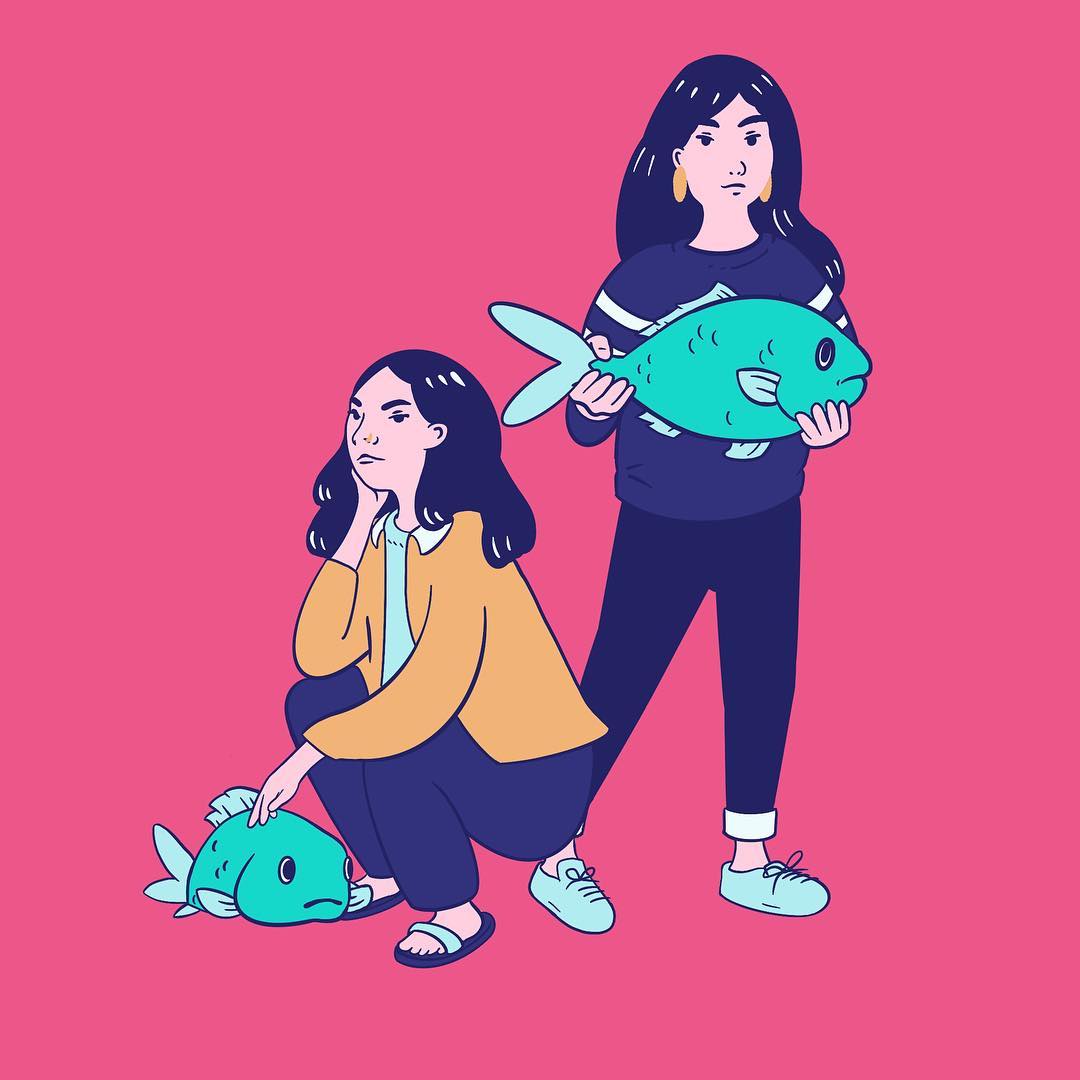 This illustration is study of one of my favorite illustrators Nimura Daisuke. His work always conveys a strong sense of energy and and character with simple lines and colors. 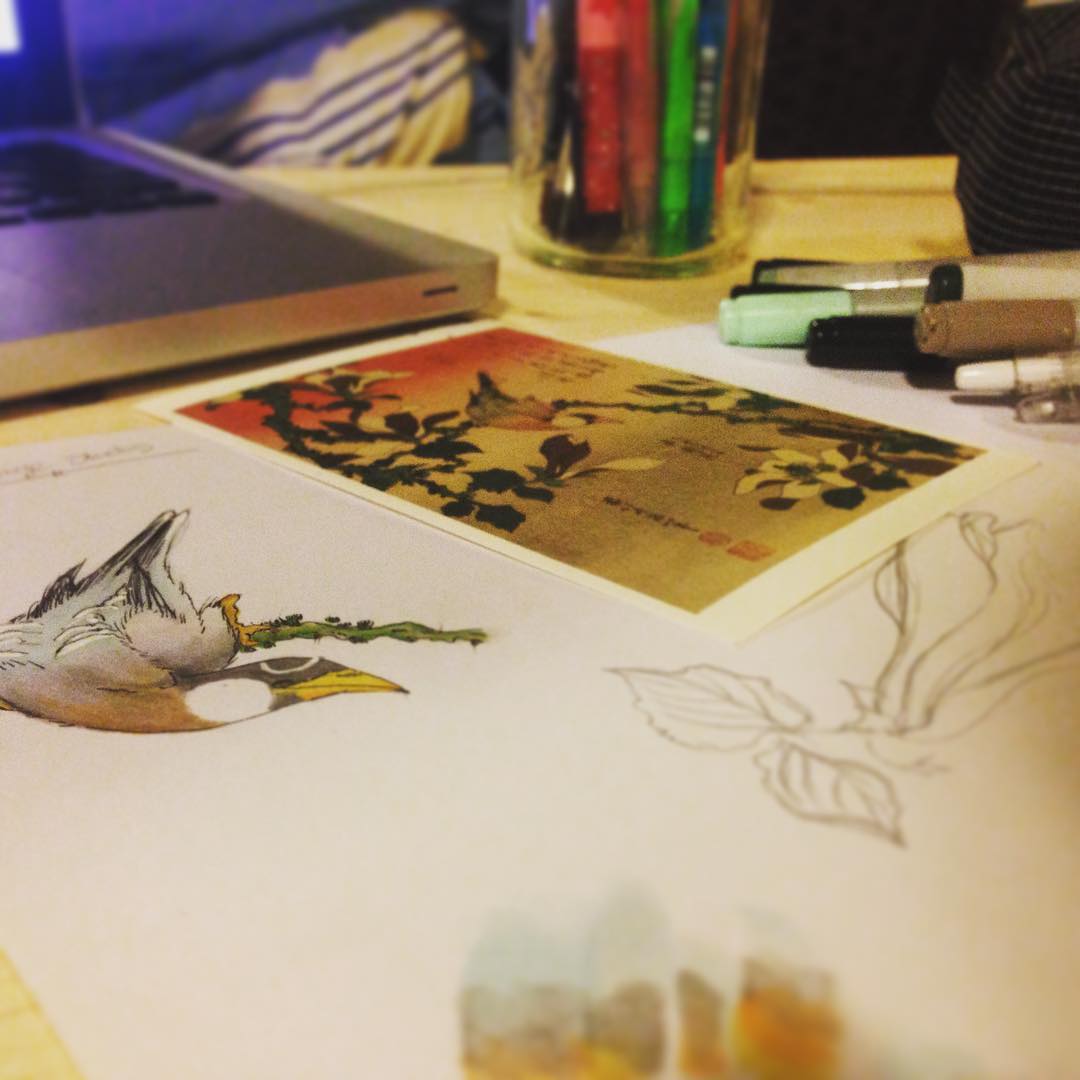 TIn order to gain a better mastery of layout and composition, I worked on replicating the works of Katsushika Hokusai, a Japanese printmaker who created many of the seminal works of that time period. 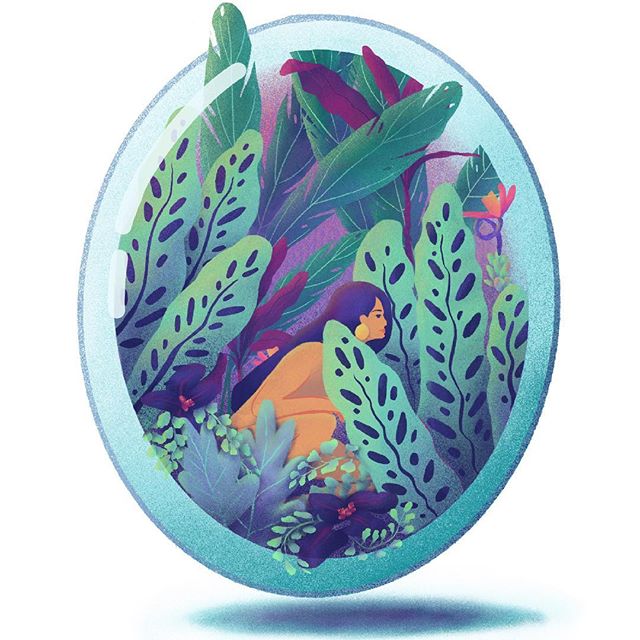 I created this illustration after a winter trip to the Garfield Park Conservatory in Chicago, IL. All of the plants in the illustration can be found in the various rooms of the conservatory. After leaving, I wanted to capture the magical feeling of being in an oasis of green lushness in the middle of winter. 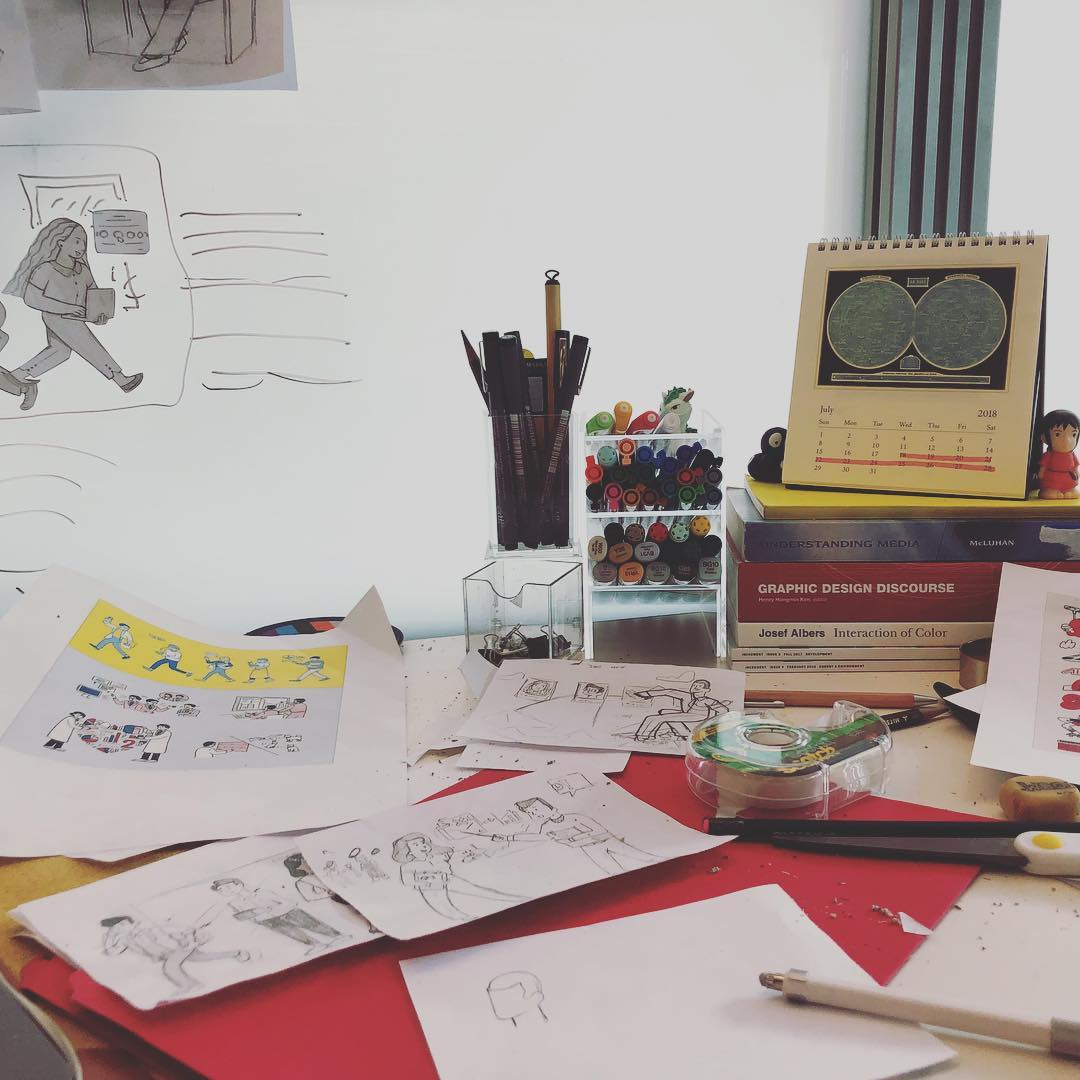 This is typically my workspace when I working through creating illustrations for product or marketing purposes. I usually try to draw the same concept with a variety of different styles to find out new idea might present themselves from a different point of view

"We a catch" Proccess Video

This illustration is a study of characters from Mononoke-Hime. This film has had a substantial impact on my art and design both stylistically and thematically. His films deal with environmental and social issues with hard-hitting while never losing the strength of the narrative or aesthetic quality.

THANK YOU FOR VIEWING :D

For any illustration or collaboration enquiries, please send to email at rachelarre @ gmail.com